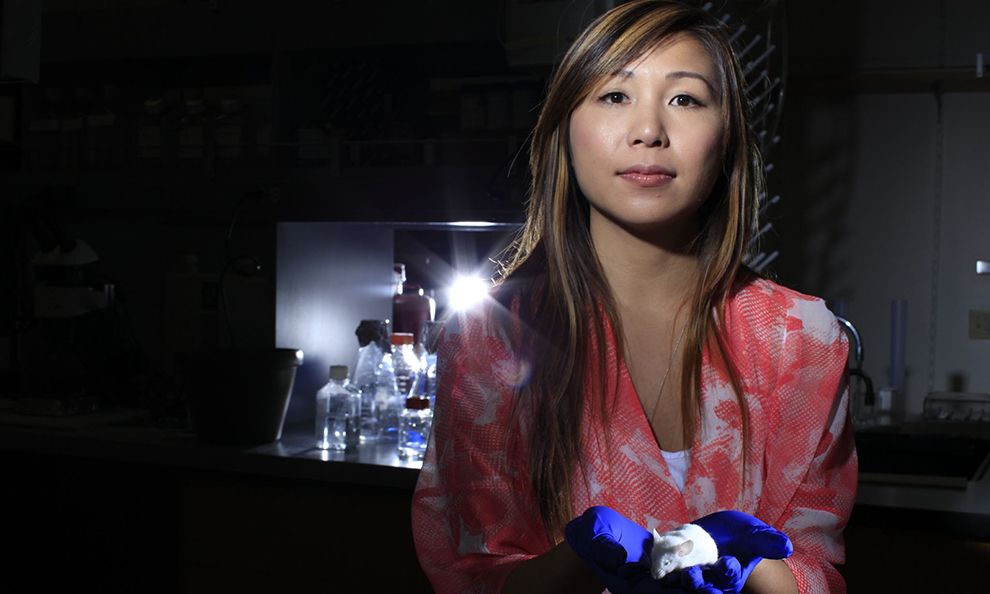 Elaine Hsiao (PhD ’13) has been honored as an Emerging Explorer by the National Geographic Society. Each of this year's 14 awardees, described by the society as "uniquely gifted and inspiring scientists, conservationists and innovators who are at the forefront of discovery, adventure and global problem-solving while still early in their careers," will receive a $10,000 award to aid further research and exploration.

Her work centers on microorganisms and their interaction with the human body. Specifically, Hsiao studies the interactions between gut microbes and the nervous system at a molecular level. In 2012, under the mentorship of her graduate advisor, the late Paul H. Patterson, she found that an overactive immune system can contribute to autism-like behaviors in mice; the following year, she and her colleagues reported that symptoms of neurodevelopmental disorders modeled in mice may be treatable via the modification of microbes in the gut. After starting an independent laboratory at Caltech, Hsiao and researchers discovered that gut bacteria are important for the production of the neurotransmitter and hormone serotonin in the digestive tract. Altered levels of this so-called peripheral serotonin have been linked to diseases such as irritable bowel syndrome, cardiovascular disease, and osteoporosis.

"I am grateful to have learned and grown in this environment and most importantly to have been afforded the freedom to follow my scientific interests," Hsiao says of her time at Caltech. "It's not just the exceptional science being done or brilliant colleagues, it's the whole community of staff, students and faculty that really care about enabling, promoting and making discoveries. Caltech is a very special place."