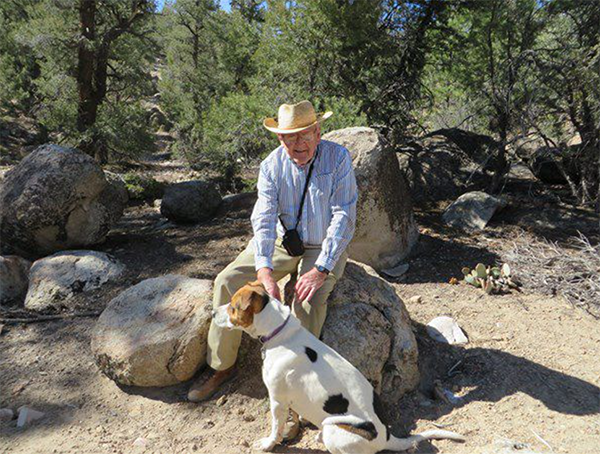 John Carlton Day, age 86, passed away on Friday, September 7th, 2018 in Ensenada, Mexico after a long battle with cancer. He was surrounded by family. John was born in Oakland, California in 1932.

He received a BS degree in Physics from Cal Tech in 1954. Following graduation he enlisted with the Air Force and served as an officer in charge of the test range at the Joint Air Force/Navy Parachute Test Facility in El Centro, California. He then served in the Air Force Reserve from 1957-1968, and received an honorable discharge as a USAF Captain.

In 1957 John began his career at IBM where he eventually headed up IBM’s advanced research and engineering program for simulation of classified Air Force space-based missile surveillance systems including parts of President Reagan’s Missile Defense Program (Star Wars) as part of IBM's Federal Systems Division. He retired from IBM in 1987 as a Senior Program Manager.

According to John, "After one day of true retirement, I became an ordained pastor." His duties were Counseling and Crisis Care Division of a 3000-member church, receiving over 150 hours of special training in marriage, family and addictive behavior counseling

John was a Big Bear City resident for 20 years and spent his time there as an active member of the Big Bear community, serving for 16 years as a first responder chaplain for the Big Bear City Fire Department and the Trauma Response Team leader. He was recognized by State of California Assembly for his work on April 28, 2015.

He served with the Big Bear City Community Services District on the Board of Directors from 2005-2010, and was elected president of the Board in 2007 and 2010. Appointed by the CSD Board to the Big Bear Area Regional Waste Water Agency (BBARWA) Board of Directors in 2006 and made chair of that board for 2010. Served on the CSD Park committee and water committee from 2005-2010 and on the joint Recreation and Parks District/CSD Paradise Park Committee from 2006-2010.

One of John's greatest passions was astronomy, and he became a member of the Big Bear Valley Astronomical Society in 1998. In 1984 he received the Warren Estes Memorial Award from the Riverside Telescope Makers Conference for "Best Use of Simple Materials and Technique," in the design of his beloved homemade telescope. He was also a licensed amateur ham radio operator.