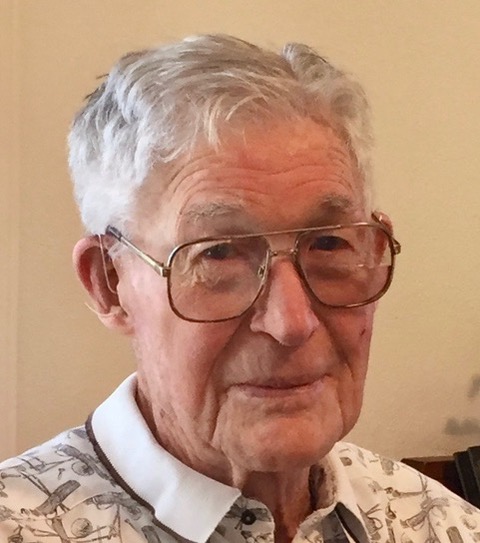 Bruno Harrison Pilorz (BS '44), Applied Chemistry, died at his home in Santa Barbara on November 12, 2018. He is survived by his wife of 67 years, Martha, sons Paul, Philip (Debbie), Stuart (Susan), and granddaughter Alison.

At Caltech, Bruno lettered in Football*, Water Polo, and Swimming. He was Student Body Vice President his senior year, and was Commander of his V-12 unit. As an original Ricketts House Rowdy he, among other things, initiated the Brake Drum ritual, was involved in assembling a (running) automobile in a house-mate’s room, and re-appeared quickly and unperturbed after being kidnapped and stranded naked by a rival college due to the foresight of hiding a $20 bill in his dental bridgework.

After serving as a Lt in the Submarine Service in WWII and the Korean War, Bruno worked as a plant engineer and then as a Head Office engineering manager for Shell Chemical. In the early 1970s he established Shell’s Process Design Environmental Engineering group, which he managed until his retirement in 1987.

Bruno retired to Santa Barbara, where he was a keen golfer (7 holes-in-one), and where he amassed more than 3,000 hours recording chemistry and physics textbooks for Reading for the Blind and Dyslexic.

* He was fond of telling people he had scored a winning touchdown in the Rose Bowl (there is a photograph) — then allaying their surprise by reminding them that the Rose Bowl is a stadium, and the game was Caltech v Pomona.