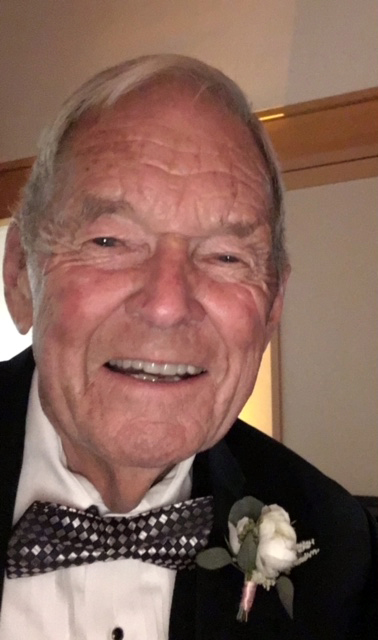 Curing patients with heart arrhythmias by radio-frequency ablation using catheters was a novel approach until Will Webster, together with collaborator Dr. “Sonny” Jackman, developed the first successful electrophysiology ablation catheter. Webster founded his cardiac catheter company, Wilton Webster Laboratories, in 1969 after meeting a cardiologist who showed him how to modify existing catheters by adding thermistors and electrodes. With the development of electrophysiology, Webster further modified his catheters for use in this emerging field. His company grew and later was acquired by Johnson & Johnson to become Biosense Webster, where Webster continued to serve as a senior scientific advisor. Today, Biosense Webster still designs and manufactures products for the diagnosis and treatment of cardiac arrhythmias.

Webster was born in Pasadena on January 29, 1928, and married his wife, Helen, when he was an undergraduate student at Caltech. He graduated in 1949 with his bachelor’s degree in mechanical engineering. After graduation, he worked for eight years for CF Braun and Co., a designer and builder of oil refineries and chemical plants. For the next 10 years, Webster sold custom electronic components manufactured by small start-up companies that had formed in response to the space race. This work led him to develop an interest in medical instrumentation and cardiology, which, in turn, introduced him to cardiac catheters.

“Will Webster was an accomplished alumnus and inventor whose impact on cardiac medicine continues to change the lives of millions each day,” says Jacqueline K. Barton, the John G. Kirkwood and Arthur A. Noyes Professor of Chemistry and holder of the Norman Davidson Leadership Chair, Division of Chemistry and Chemical Engineering. “He believed that it was about what you do for others, and he knew that research and innovation were key to accomplishing that goal.

In recognition of his contributions to cardiac medicine, Webster received Caltech’s Distinguished Alumni Award in 2005. In 1994, the Caltech Alumni Association also honored him with a certificate of recognition for 25 years of outstanding achievements in medical-device innovations and contributions toward the care and management of cardiac arrhythmias.

Throughout his lifetime, Webster and his late wife, Helen, were advocates of Caltech. Will Webster served as a member of the Chair’s Council for the Division of Chemistry and Chemical Engineering (CCE), providing counsel on the future direction of the division. He and his wife were also generous philanthropically, creating opportunities for others through the Helen and Will Webster Foundation and investing in research at Caltech and CCE. This included contributing funds for the construction of the Warren and Katharine Schlinger Laboratory for Chemistry and Chemical Engineering, which was the first facility on campus specifically designed to house chemists and chemical engineers together under one roof. The Websters also supported graduate fellowships for CCE students and provided discretionary resources for new initiatives within CCE.  Will and Helen Webster were also lifetime members of the Caltech Associates, and in 2000, they established an undergraduate scholarship named in memory of their son, William Wilcox Webster.

Will Webster is survived by two children, Alec and Richard, their spouses, five grandchildren, and two great-grandchildren. He was preceded in death by his son William and his wife, Helen.