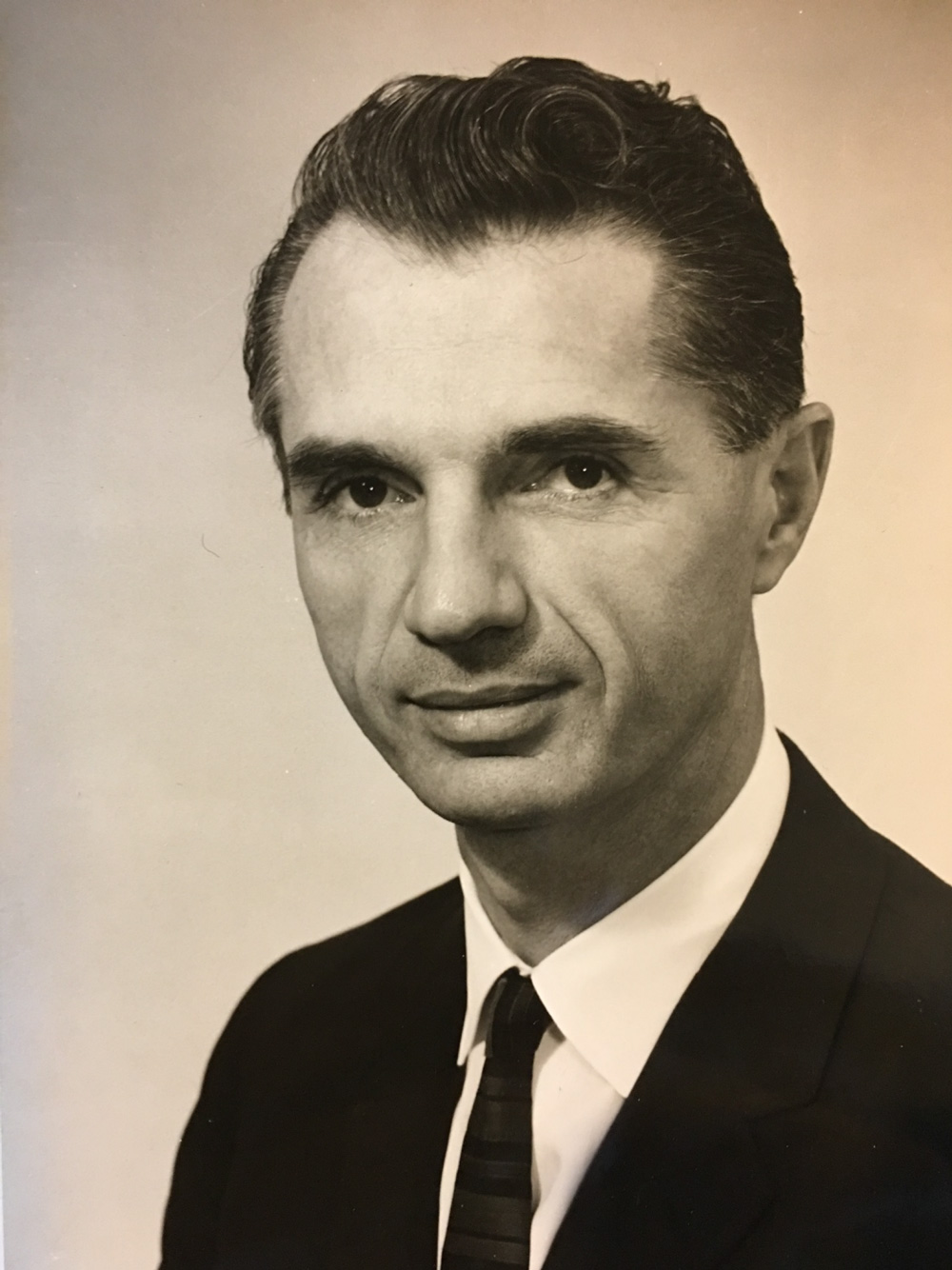 Burton Edgar Freeman passed away peacefully at home in Kihei, Maui County, HI on October 4th, 2016.  He was born in Pasadena, California on July 31th, 1924.  Burt was the only child of Edgar Keep and Lelia Grace Freeman and grew up in San Dimas, CA.

Burt began his career by serving as an officer for the V-12 U.S. Navy College Training Program during World War II.  He also embarked upon a prestigious educational path that included graduation from Caltech in 1945 with a B.S. in physics, followed by an accelerated M.S. from UCLA, culminating with a Ph.D. in theoretical physics from Yale University in 1950.

Burt married high school classmate, Elizabeth (Betty) Louise Forrest on February 20, 1946.  Immediately after graduation from Yale University, the couple and their two children moved to New Mexico, where Burt worked at Los Alamos Scientific Laboratory (LASL).  There he was a dedicated nuclear physicist, advancing our country’s scientific frontiers during the critical post-World War II era.  In 1958 the Freeman family, now with four children, moved back to their home state of California.

Burt accepted a position at General Atomics in La Jolla, CA, working to design and develop a nuclear powered spaceship with the Project Orion team.  In 1967, Burt became a principal founder of Systems, Science and Software (S-Cubed), an advanced scientific research facility in San Diego.  He then served as a principal scientist at Science Applications International Corp. (SAIC), at Physical Dynamics Inc., and at Maxwell Technologies.  His forte was envisioning and building complex, computer-based mathematical models of complicated physical processes (e.g., atmospheric physics).  He was a brilliant and highly respected scientist.

Outside of work, Burt loved to play tennis and played the game until he was in his mid-80’s.  He was an avid gardener and landscaped the grounds of two homes in La Jolla.  He and Betty loved listening to opera and classical music, and often shared the same books and articles.  They traveled together widely, and particularly loved the southwestern United States.  After he retired, Burt kept his mind active and undertook valuable volunteer work, evaluating the ideas of local water districts and sharing a scientific viewpoint about them that could affect their plans and decisions.

In 2015, at the amazing age of 91, Burt fulfilled a longtime dream by undertaking a dramatic change to his life and moving to Maui, Hawaii.

Burton was preceded in death by his loving wife of 67 years, Betty Freeman on May 15, 2013 and his son, David Freeman on April 26, 1994.  He is survived by his six children Kay Freeman, Earle Freeman, Janet Freeman, Lois Wauson, Mark Freeman, Charles Freeman, and five grandchildren, as well as many extended family members and friends.