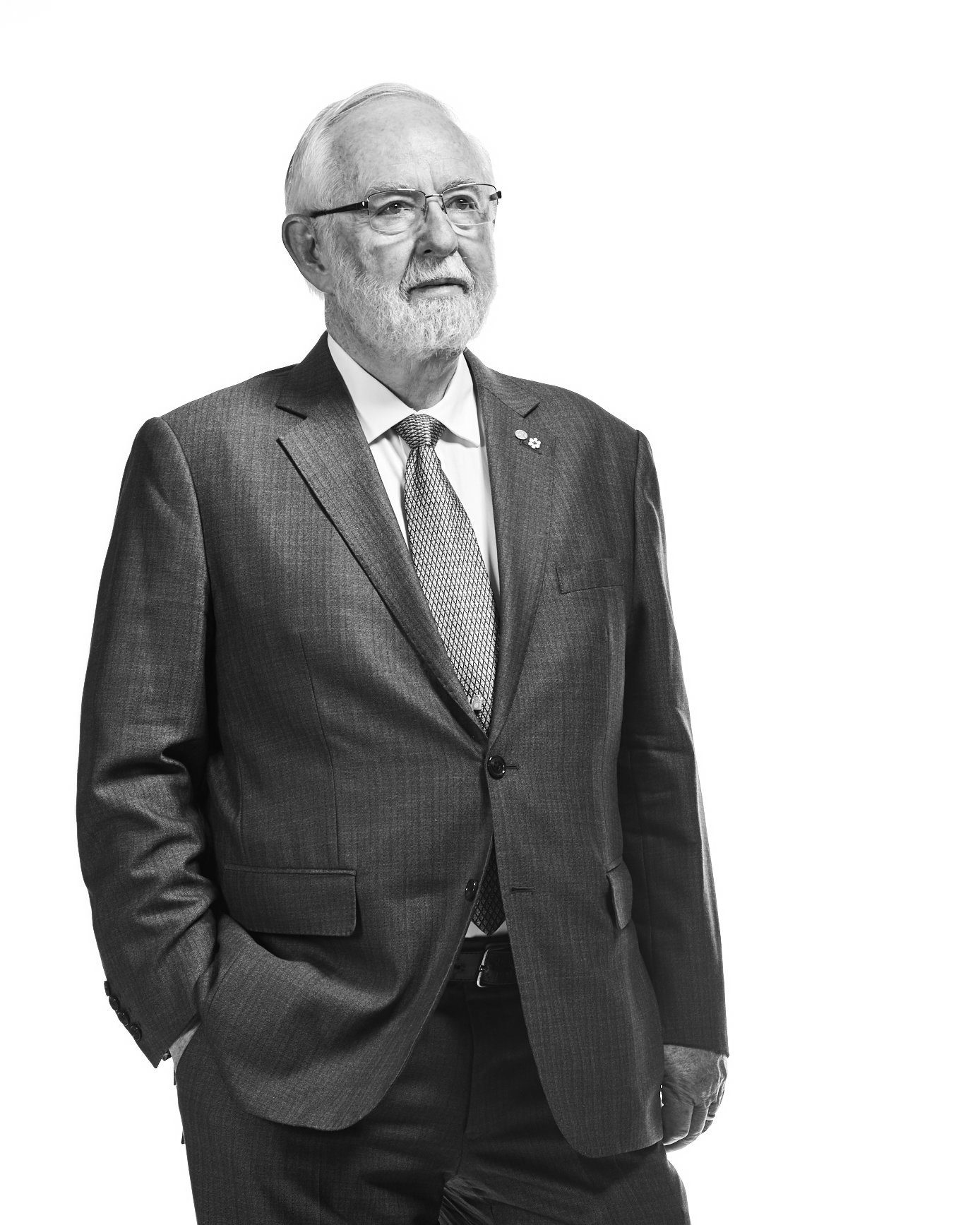 For his discovery of neutrino oscillations and demonstration that neutrinos have mass, both of which have changed our understanding of the building blocks of particle physics and of the cosmos as a whole. In 2015, McDonald was awarded the Nobel Prize in Physics.

In the deepest nickel mine in North America, Art McDonald and his team built an ultra-clean lab to search for some of the smallest and most elusive particles in the universe. Ten stories tall, two kilometers underground, and filled with heavy water, the Sudbury Neutrino Observatory (SNO) was designed to detect neutrinos—a subatomic particle with no charge and a mass so small it was an open ques-tion whether it had any mass at all.

SNO was built to detect these tiny particles, which are a fundamental building block of the universe. It has two sways to do it, one that is only sensitive to electron neutrinos, and one that records all neutrinos, regardless of their type. McDonald and his team set out to answer the question “Is the number of electron neutrinos as produced in the sun the same as the total of all three types? … In point of fact, what we found is that there were only one-third of the total that had survived as electron neutrinos.”

Like three decades of studies before it, SNO detected only one-third of the electron-type neutrinos predicted to come from the sun (the ‘solar neutrino problem’), but the total number of all types of neutrinos matched the theory. McDonald’s conclusion, for which he was awarded a Nobel Prize with Takaaki Kajita, was that neutrinos must change types, or ‘flavors’ as they travel from the sun through the earth (a phenomenon called neutrino oscillations), and therefore must also have a non-zero mass. The fact that these particles have a non-zero mass means that their influence on the evolution of the universe can now be taken into account.

McDonald and the SNO Collaboration set out to solve the solar neutrino problem, and wound up changing the laws of physics as we knew them. His team’s direct and precise observations showed the incompleteness of the Standard Model of physics and opened up a new frontier in particle physics.