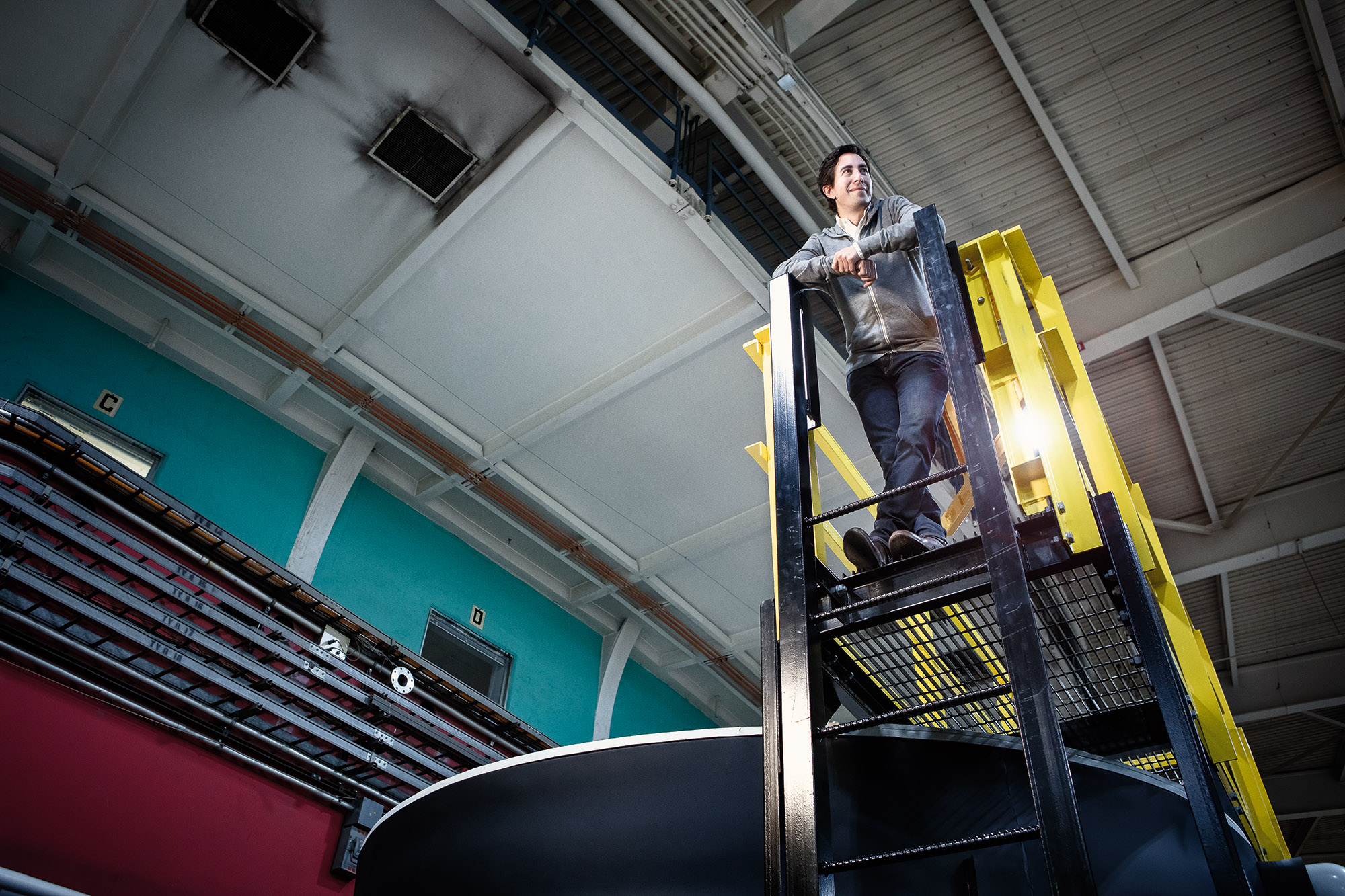 When Jeffrey Marlow (PhD ’16) was 10 years old, he stood at the edge of a gurgling hot spring that smelled of rotten eggs. “It was such a foreign, alien environment,” he remembers of his family’s visit to Yellowstone National Park. “The idea that life could exist in the springs was amazing. I had to know more.” That adolescent spark of curiosity set Marlow, now a postdoctoral fellow in Harvard’s Department of Organismic and Evolutionary Biology, on a quest for what he calls “extreme life”: microorganisms that thrive in environments where humans would perish—places that are too hot or too cold, places that are unbearably acidic or under intense pressure, places without any oxygen at all. “Those microorganisms can tell us about the limits of the biosphere, of what life is really capable of,” he says. “We don’t know if life exists elsewhere in the universe, but by probing the limits of our own biosphere, we can start to see the boundaries of what’s possible.” 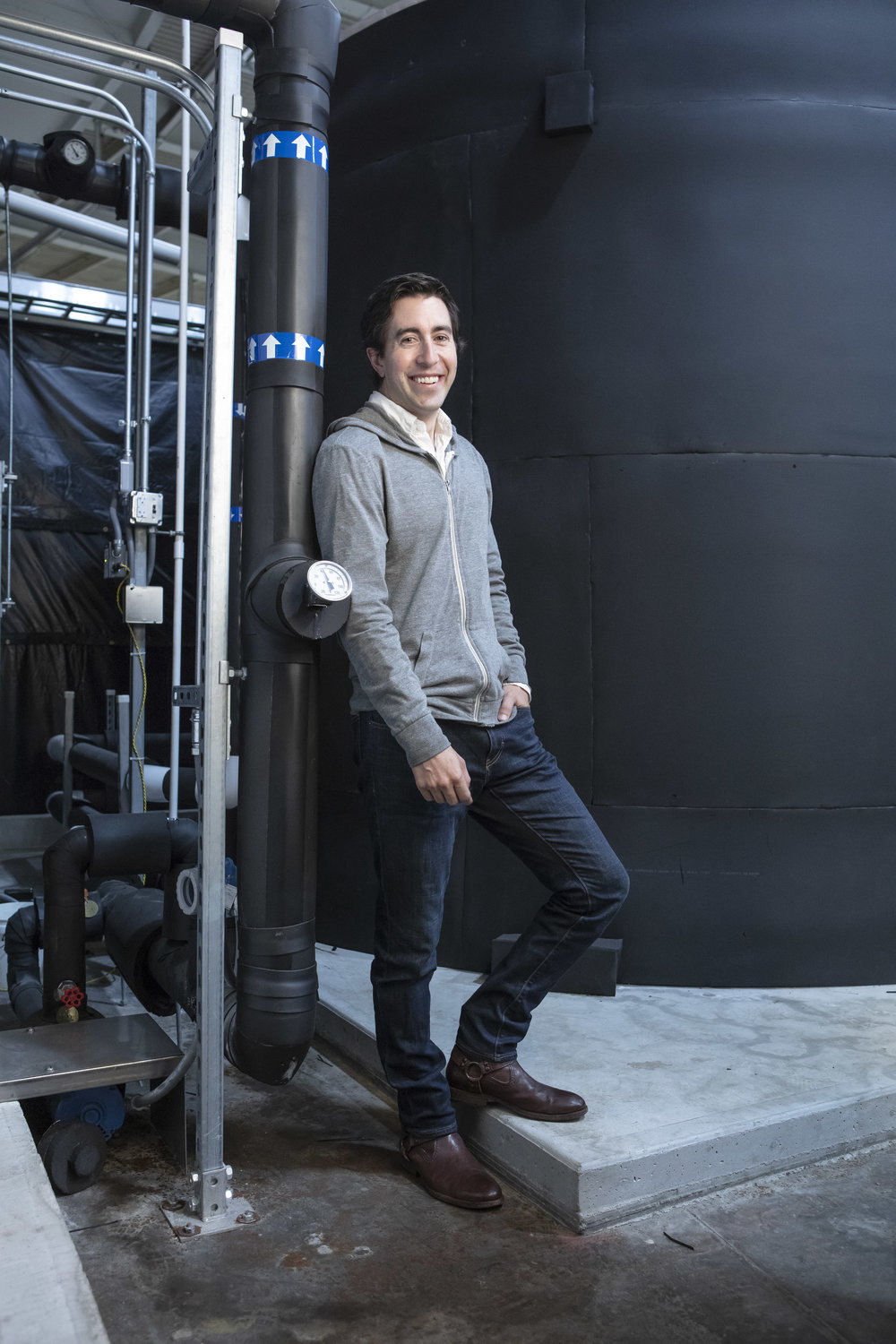 Marlow’s hunt for extreme life has required some extreme living. During his time studying geobiology in Victoria Orphan’s lab at Caltech and since, Marlow’s research interests have taken him from the boiling Marum Crater lava lake, more than 1,000 feet down inside an active volcano on a small island in the South Pacific, to the cold, dark depths of Hydrate Ridge off the coast of Oregon. On that expedition, the research vessel Atlantis ferried a group of scientists some 60 miles from the shoreline, and the U.S. Navy’s three-person submersible then carried Marlow and his colleagues another half mile straight down into the Pacific Ocean. “Everything moves more slowly down there,” Marlow says, describing the languid attention the sea animals paid to this new man-made creature in their midst. The sub’s headlights illuminated only a small portion of inky ocean. “You know you aren’t getting the full picture,” he says, “but your eyes are always drawn toward the edge of the light, trying to resolve what’s just beyond your grasp and figure out how it all fits together.”

What Marlow has been trying to figure out is how certain microorganisms inhabit deep sea cold seeps—fissures in the ocean floor that leak methane and other gases. The microorganisms Marlow is most interested in live under about three centimeters of ocean mud and consume methane, preventing the powerful greenhouse gas from entering the atmosphere. On the seafloor, Marlow and his fellow scientists look for the telltale sign of the methane-eating microorganisms, a white and orange carpet of other microbes attracted to their waste products. That’s where the sub’s pilot collects rocks and sediments. Back on the ship, it’s easy to tell if the science team has found what it was seeking: The microorganisms reek of sulfide—that same rotten egg smell Marlow encountered on his childhood trip to Yellowstone.

It’s not all adventure, notes Marlow, who was named a 2016 National Geographic Emerging Explorer. He had spent the previous sunny summer week in a “cold, dark room staring through a microscope for hours on end,” working on a new project to map microbes that live in oxygen-free environments to understand how they interact. But Marlow recognizes the power of a good story to spread interest in the sciences. He writes articles with titles like “Hunting for Deep-Sea Worms in Oil-Dripping Rocks” (Wired) as often as he writes ones with titles like “Harnessing a Methane-Fueled, Sediment-Free Mixed Microbial Community for Utilization of Distributed Sources of Natural Gas” (Biotechnology and Bioengineering). He is as likely to be speaking at a TEDx conference as attending a microbiology symposium. And he is the founder and executive director of the Ad Astra Academy, a science education program designed to provide kids in underserved communities with a spark of curiosity like the one a family vacation provided for Marlow.

“You don’t have to go to an active volcano to do real science. You can see your own environment in new ways and be amazed,” he says. 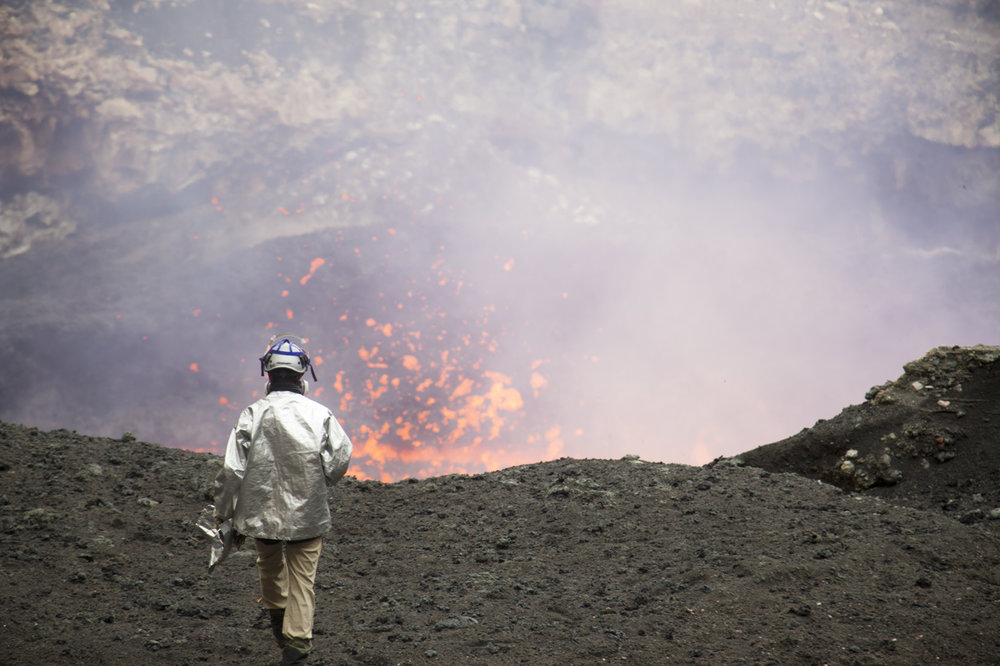 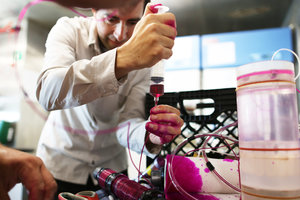 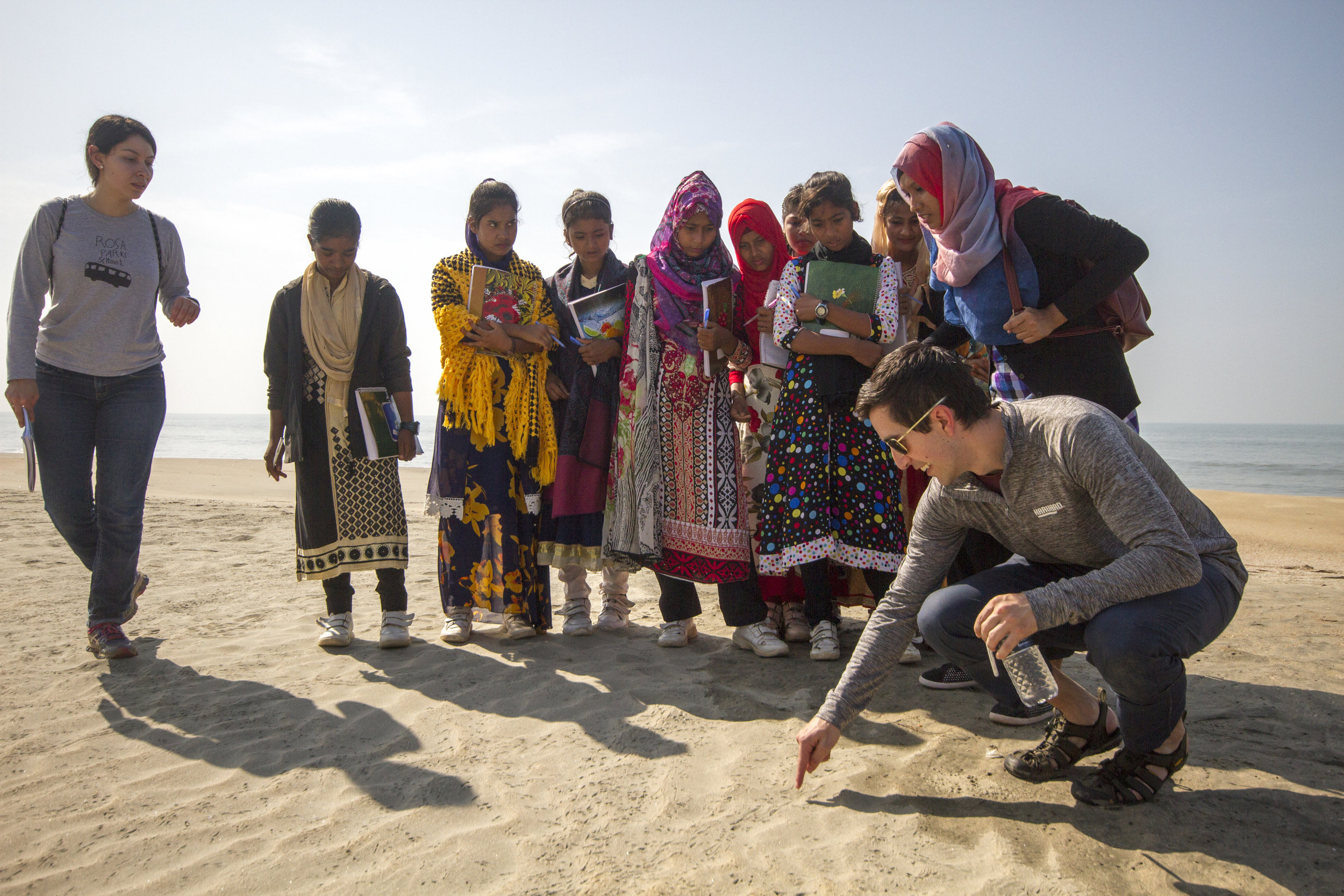 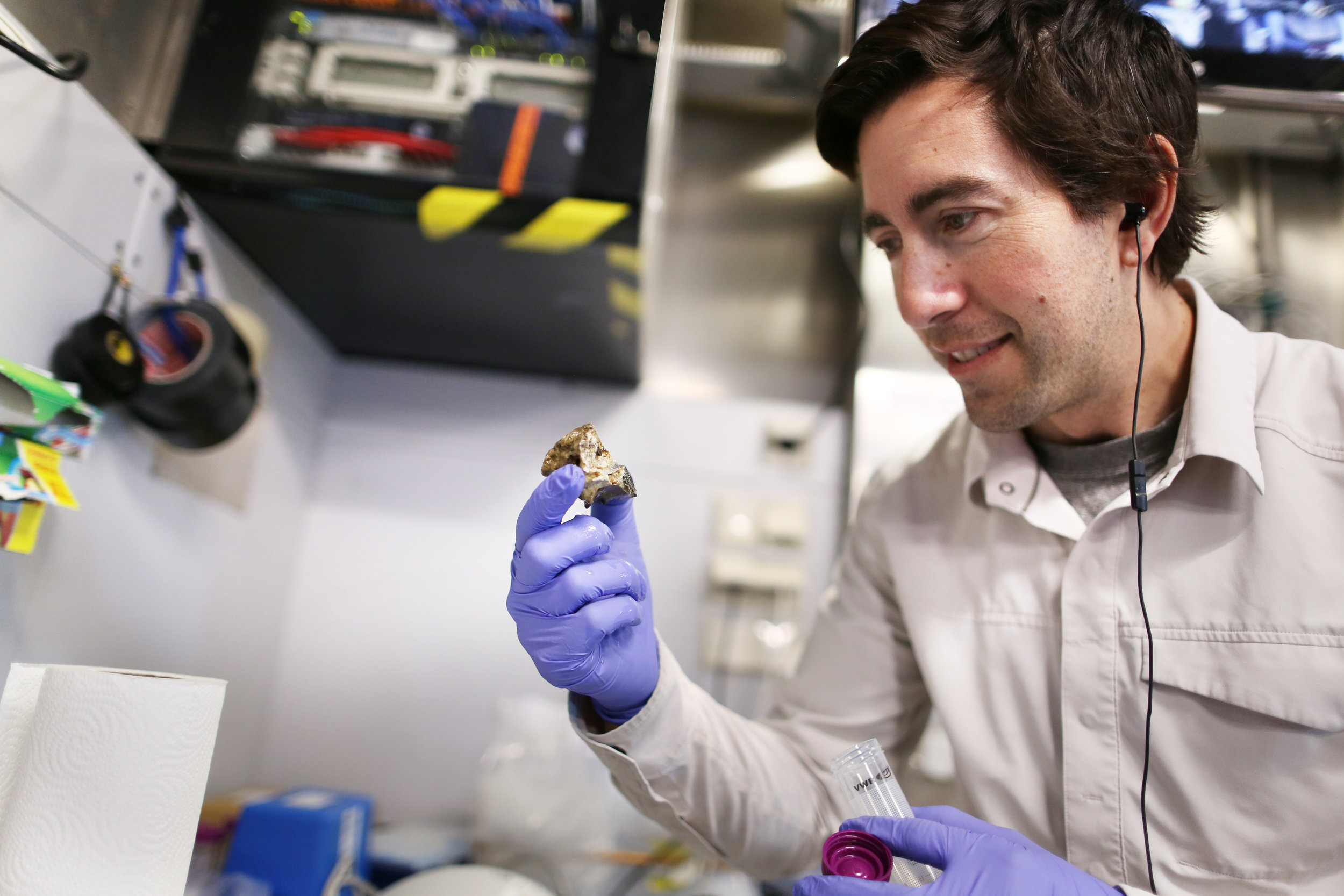 In the wet lab, Jeffrey Marlow examines one of the geologic samples brought to the surface by Remotely Operated Vehicle SuBastian's deployments in the Southern California Borderland. 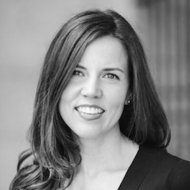 April White is an award-winning writer, editor and researcher. She previously served as a senior editor at Smithsonian Magazine. An experienced researcher, she has also collaborated with nonfiction authors on more than a dozen book projects. 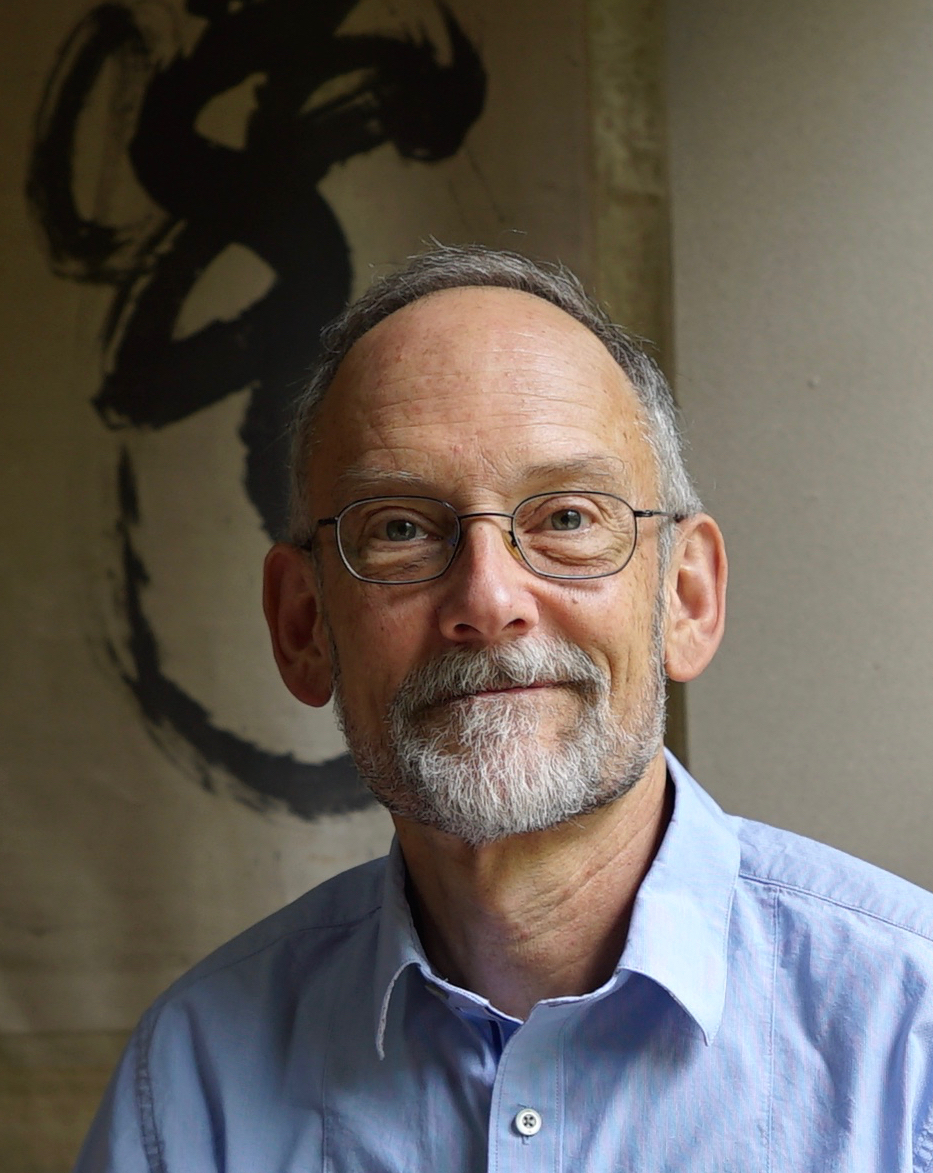 “What is it about food that makes it so appealing? We need to eat, we need to fuel ourselves, but why is it delicious?” 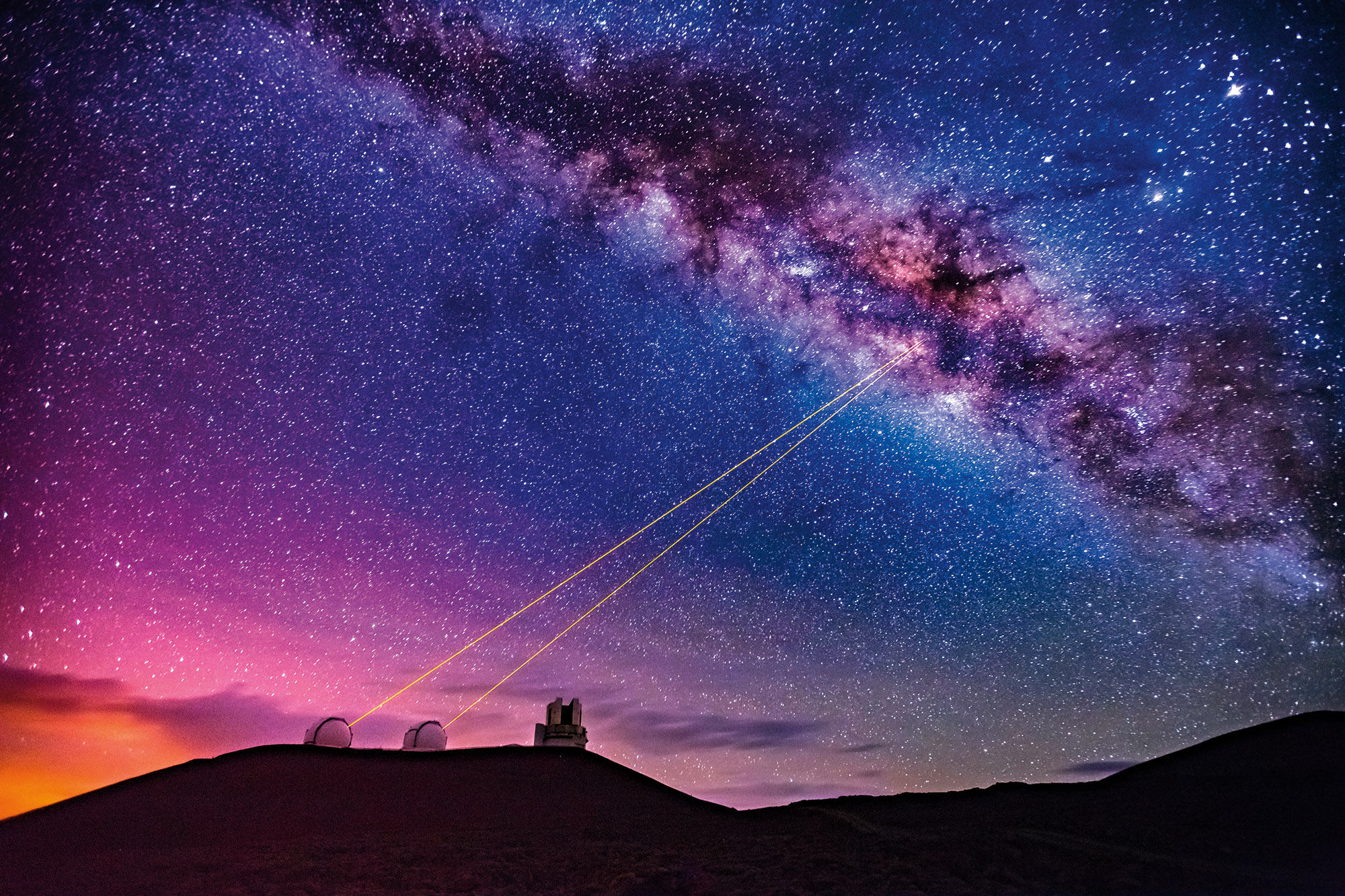 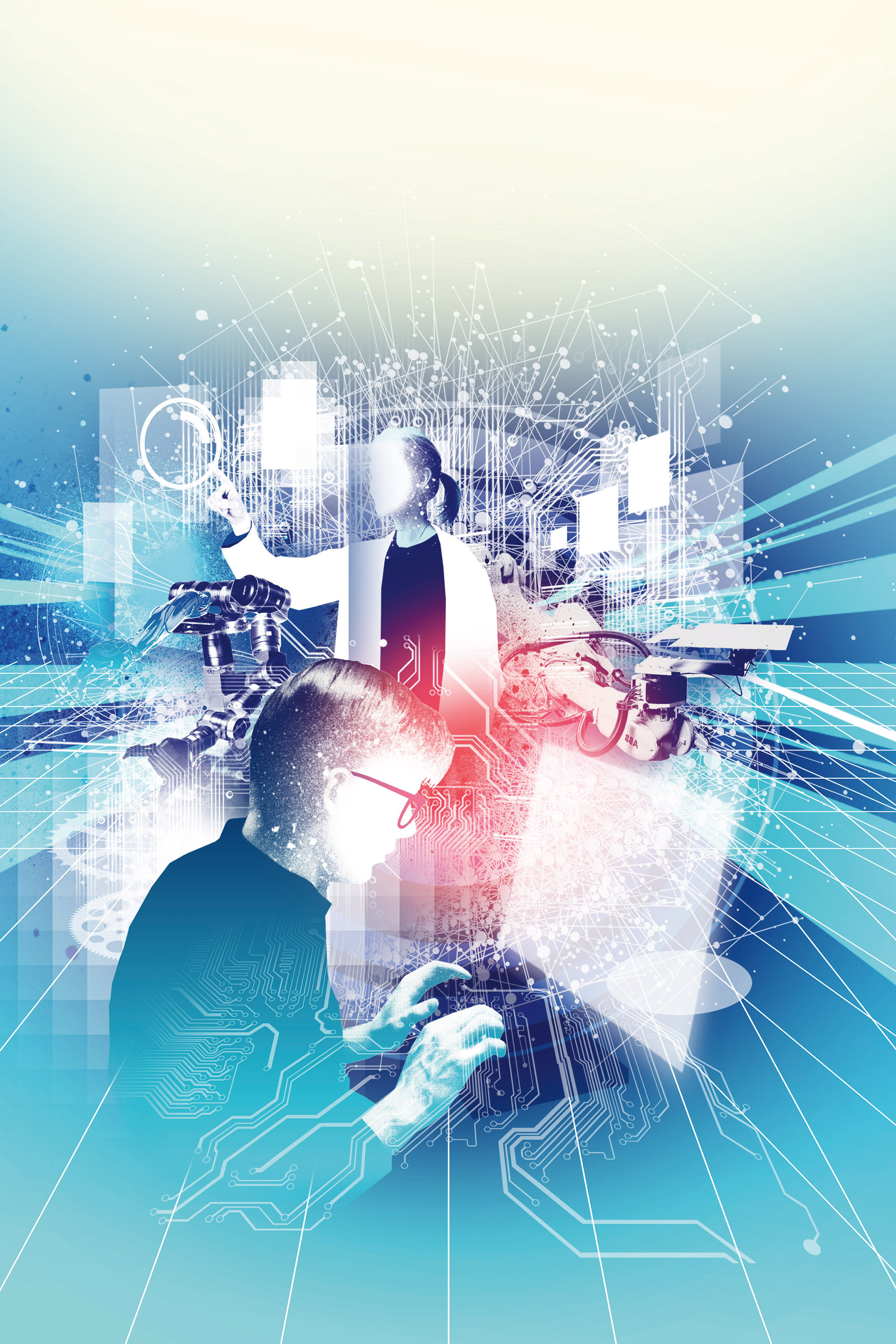