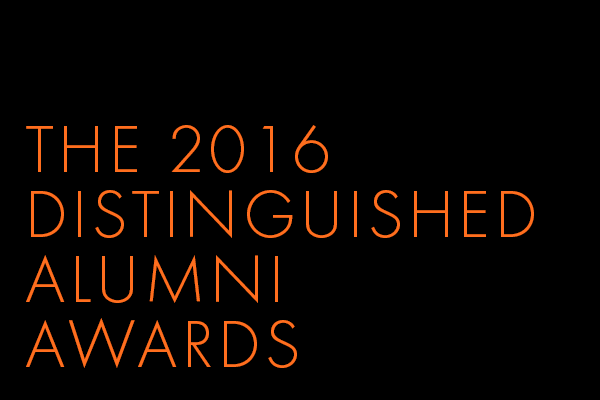 First presented in 1966, the award is the highest honor the Institute bestows upon its graduates. It is awarded in recognition of a particular achievement of noteworthy value, a series of such achievements, or a career of noteworthy accomplishment. Presentation of the awards will be given on Saturday, May 21, 2016, as part of Caltech's Seminar Day.

The 2016 Distinguished Alumni Award recipients are

Betzig is being recognized for his groundbreaking contributions to microscopy. He pioneered a method known as single-molecule microscopy, or "nanoscopy," which allows cellular structures at the nanoscale to be observed using optical microscopy. For the work, he shared the Nobel Prize in Chemistry in 2014.

Campagna is being recognized for her contributions to quantitative investment and for her leadership in the financial industry. Campagna is the founder of QS Investors, LLC, a leading customized solutions and global quantitative equities provider. She is responsible for all business, strategic, and investment decisions within QS Investors.

Gehrels is being recognized for his scientific leadership in the study of gamma ray bursts as well as for his significant contributions to high-energy astrophysics, infrared astronomy, and instrument development.

Larson is being recognized for his accomplished career in the electronics industry. Over the course of three decades, Larson has held numerous and diverse leadership roles in fields ranging from engineering to marketing. He is also being celebrated for his sustained commitment to the research, students, and alumni of Caltech.

Litle is being recognized for his revolutionary contributions to commerce. Through innovations such as the presorted mail program he developed for the U.S. Postal Service and the three-digit security codes on credit cards, Litle has made global business more efficient and secure.

Williams is being recognized for her sustained record of innovation and achievement in the area of structural surface physics. She founded the Materials Research Science and Engineering Center at the University of Maryland and was the chief scientist for BP. She now serves as director of the Advanced Research Project Agency (ARPA-E) in the U.S. Department of Energy.

Caltech will hold a virtual degree conferral and graduation ceremony on Friday, June 11, 2021.

Submit your nominations for the Honorary Member Award by March 26, 2021.

The 15-member volunteer board currently comprises graduates from 1974 to 2014.