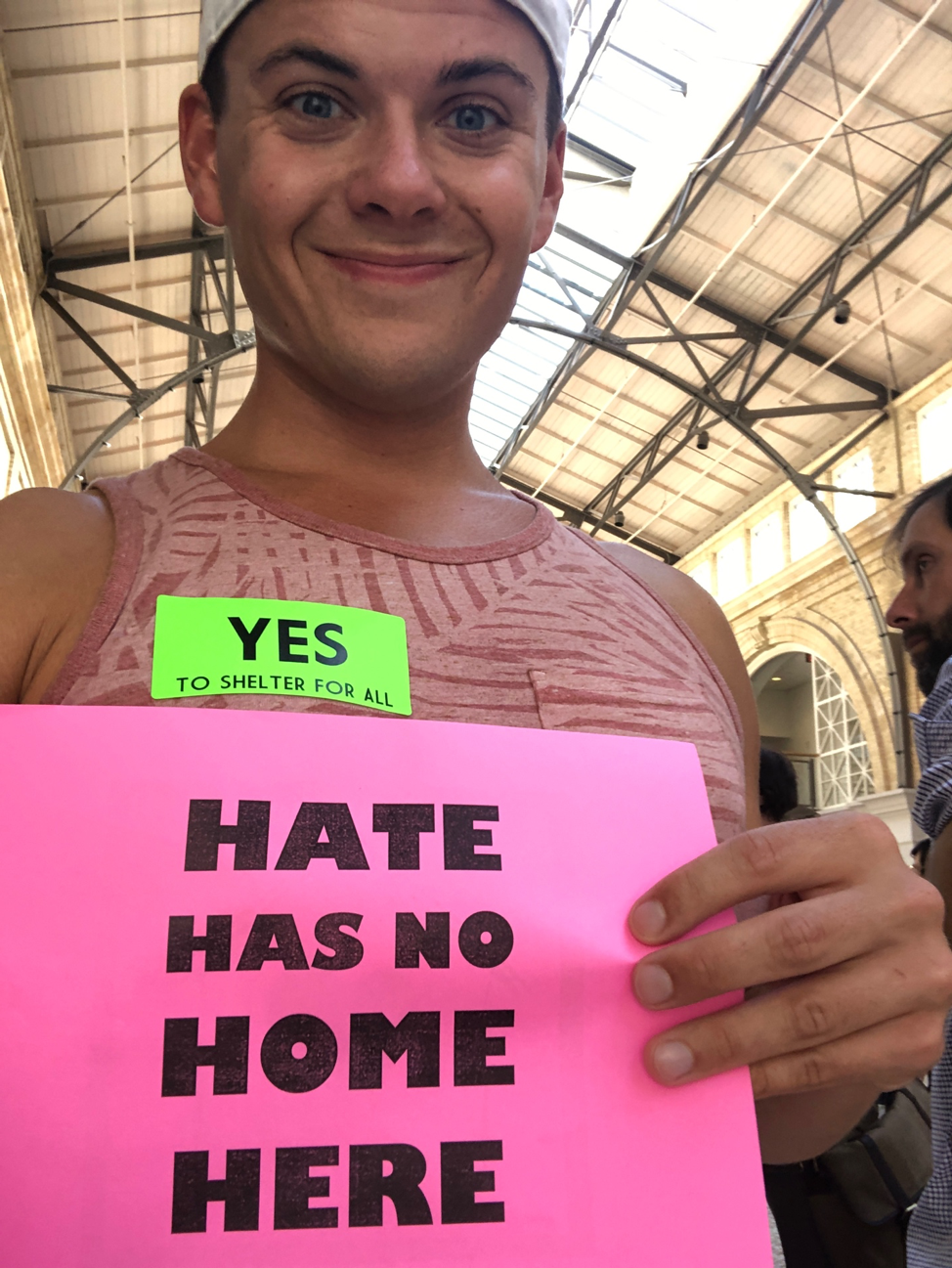 In the most recent two months of my project, some noteworthy events have occurred. I spent March and the first half of April in Southern California, largely continuing the activities I described in my first update. In the past few weeks, I have relocated to Northern California. I’m staying in San Francisco as I spend the next few months diving deep into the housing challenges facing the Bay Area and beyond. There are several common themes with Southern California, but the affordability and natural disaster crises are even greater and more acute up here. If you live nearby and would like to get involved with my project, either by telling me about your own housing situation or going to a local planning commission meeting together, don’t be afraid to reach out!

In just the past couple weeks, several important developments have come through on the housing front, and I had the opportunity to be involved with some of them. After arriving in San Francisco, I attended a public meeting where the Port of San Francisco decided whether to lease a parking lot in a posh neighborhood to the city government for use as a homeless navigation center. This proposal became a lightning rod for criticism by local NIMBYs (Not In My Back Yard folks), who were subsequently criticized by housing and homelessness advocates. This all played out in the form of one hundred and seventeen public comments at the hearing. Yep, imagine one of the citizen testimony scenes straight out of an episode of Parks & Rec, except it kept on going for five hours. To make matters worse, the meeting started at 2:30pm on a Tuesday afternoon. For those in attendance, and those I’ve spoken with since, this as a real issue with the housing decision-making process; housing decisions are being made in supposedly “public” forums, but it’s completely unreasonable to expect busy members of the public to attend them. I’ve started looking into whether any technological remedies could modernize this decades-long or centuries-long process. Again, if anyone reading this post has ideas on that subject, please reach out!

On the legislative solutions side, several bills are making their way through the California state legislature. The noisiest of the housing-related bills has been Senate Bill 50, the “upzoning near transit stations” bill introduced by San Francisco’s state senator Scott Wiener. I was able to attend a critical hearing on the bill at the State Capitol on April 25th. To see democracy in action at such an event is simultaneously uplifting and maddening. On both sides of the debate, for every eloquent and enlightened testimonial, there is an equally blustery and uninformed rant given at the podium. Those following the progress of the bill will know that the political sausage-making process kicked into high gear in the wee hours of the night before the hearing, much like a group of Caltech students hammering away on a problem set. In my own opinion, the resulting compromise presented at the hearing maintains Senate Bill 50’s promise to meaningfully boost housing supply, while improving its odds at pleasing the “preserving local control” crowd.

After attending those hearings, I toured the fire-damaged areas in Paradise and Redding, in far northern California.

Seeing the devastation in Paradise was especially heartbreaking. The vast majority of the town’s structures burned. As I drove down the main street, existential musings kicked in. Why did Burger King burn down but Jack in the Box survived? What cruel irony cause the town that burned to be named “Paradise” of all things? How must the people who were trapped evacuating down the main road out of town, named “Skyway,” have felt about the terror that was coming from the sky in the form of wind-whipped flames? It was a very emotional experience, but it also gave me hope in the resilience of the human spirit. The billboards all throughout the area are filled with ads for companies that give help rebuilding, posted next to #ParadiseStrong hashtags. As it relates to housing, I am hoping to return this summer and interview residents of nearby Chico about how their town handled the influx of displaced Paradise residents, once the rebuilding in Paradise progresses a bit further.

Stay tuned to my Instagram, Twitter, and Medium accounts for more outputs from my project! I can be found on all three platforms with the handle @SeanDoesHousing