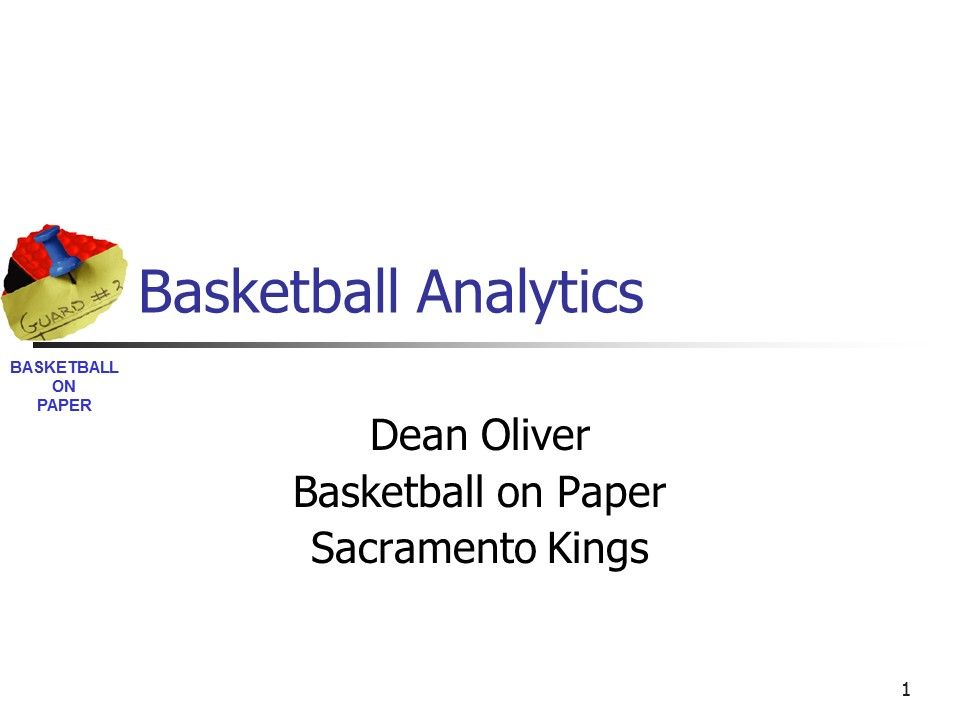 While a student at Caltech, Dean Oliver (BS ’90) formed a system to track NBA statistics — and went on to revolutionize modern basketball analytics (read below). In this webinar Dean discusses his career path and the use of analytics in basketball.

Unusual for Caltech, what started for me was a career in sports, one that now has me in the front office of the Sacramento Kings. In the last years of high school, the annual Bill James Baseball Abstract was my link between sports and numbers. Those books had me thinking when I entered Tech about how to scientifically break down sports using statistics. In my freshman year, math professor Gary Lorden showed me how James calculated the chances that the Detroit Tigers would have a 36-4 record after 40 games given their previous performance. Conversations with my freshman adviser, Peter Haff, about the physics and statistics of basketball encouraged me to apply what I was learning at Tech to sports.

And so, as finals wound down in my freshman year, I decided to systematically chart the NBA Finals that were occurring at the same time. The system I developed would ultimately form the basis for much of the basketball analytics that are now used across the NBA and for college basketball.

In my sophomore year, Caltech hired longtime Mt. San Antonio College coach gene Victor to coach the basketball team—and I found another person to talk basketball with. Entering my junior year, I showed Coach Victor some of the work I had done, and he encouraged me to work with and join his coaching staff—maybe because I wasn’t a great player.

My friends at Tech weren’t all sports fans, but they appreciated the science behind what I was doing. Being able to talk basketball to scientists and science to basketball people helped build the language of sports analytics.

For graduate school, I turned down MIT, Stanford, and Harvard to go to the University of North Carolina, which had both a great basketball team and a great environmental engineering program. Coach Victor put me in touch with Bill Bertka, assistant coach of the Los Angeles Lakers, so that I could work as an advance scout in North Carolina. Four years later, I had a PhD in engineering and a lot of basketball experience.

At the time—1994—there was no market for what would eventually be called “basketball analytics.” There was a market for environmental consulting, so that’s what paid the bills. Then, in 2002, Michael Lewis sat down to write Moneyball, the story of how the Oakland A’s used analytics to win in baseball. At the same time, I took time off from consulting to write Basketball on Paper, a book on how to use analytics to win in basketball. The coincidental timing encouraged me to quit my job and take a chance at getting into the NBA.

That was 2004. Since then, I’ve been to the NBA Conference Finals, worked with Hall of Famers like Magic Johnson and Chris Mullin, helped build the sports analytics industry, and made sure to stay in touch with the friends and coach from Caltech who helped get me here.

Read more stories from The Starting Line on E&S+