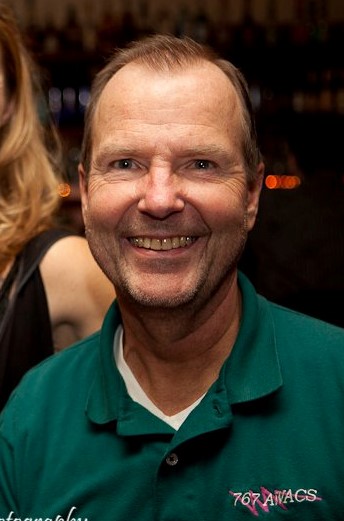 Terrill Willard Hendrickson, fondly known to friends and family as “Tim,” 76, passed away Thursday, January 20, 2022, in Kirkland, with his beloved wife Jennifer at his side.

Tim was born in Seattle on September 25, 1945, to parents Willard and Elsie Hendrickson. He grew up in Arlington and was the oldest of four siblings. Tim excelled academically, graduating in 1963 as the valedictorian of Arlington High School, where he met his wife-to-be, Jennifer Hayes. He next attended the prestigious California Institute of Technology (Caltech), where he earned a Bachelor of Science in Mathematics, graduating with honors in 1967. Tim began attending graduate school at the University of California (UCLA) but stopped short of a degree to return to Washington in 1968 to work at The Boeing Company as a software engineer.

Tim worked at Boeing for 32 years, retired briefly in 2000, and returned to Boeing as a contractor through Volt Technical Services, continuing his work in software engineering from 2001 through 2010. Tim received countless awards, certificates, accolades, and commendations for his work on various airplanes, including the 757, 737, 747, 767, 777 and 787. He was a gifted software architect and is named as an inventor on a Boeing Company patent for an aircraft software part called “Crate Tool.” He and Jennifer were married in 1968, their marriage coinciding with the launch of his career at Boeing.

In 1970 the couple welcomed their first daughter, Christine. After their second daughter, Jamie Willis, was born in 1976, Tim made plans to move his family to a newly built home in Bothell. He moved with his family to Bothell in 1977 and lived there for nearly 45 years. In his adult years he became an avid long-distance runner, participating in the Boston Marathon twice; once as an official prequalified registrant (1990) and a second time as an unregistered participant. He was very physically active and encouraged the same in his daughters, coaching youth soccer and playing in an adult league. He loved to design and build things from the ground up, loved the Seattle Opera and loved gardening. His passion for gardening was inspired by a childhood neighbor who lived near the Hendricksons in Arlington, known as “Old Man Timerick.”

In recent years, Tim’s time was spent cooking, reading the newspaper with his rescue cat Roxy, and sipping fine whiskey. He loved to drive his Tesla Model X, which he affectionately named “Mr. X.”Tim was a generous man and loved to support causes. He gave to numerous nonprofits meant to inspire positive change in the world. Tim is survived by his wife Jennifer Hendrickson, daughters Jamie Willis Hendrickson and Christine Jennifer Hendrickson, brothers Richard Allyn and Norman Hendrickson, and numerous nieces and nephews. He was preceded in death by his sister Diane Hendrickson Roberson, his mother, Elsie Hendrickson Allyn, and his father Willard Hendrickson.