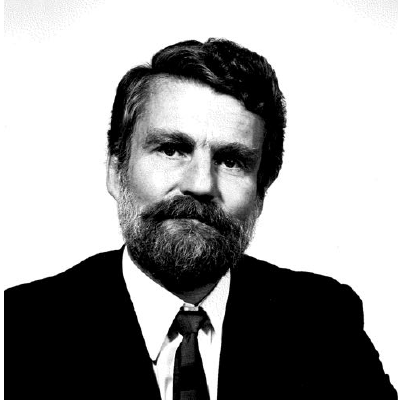 Augustine H. Gray, Jr., (Steen) died at home in Florence, Oregon, on 28 October 2019. He was born in Long Beach, California, on 18 August 1936 to Commander Augustine H. Gray, USN, and Elizabeth Jordan Gray. He graduated from Coronado High School in Coronado, California. Following a year at San Diego State College, he joined the MIT class of 1957 and received his BS and MS in 1959 in Electrical Engineering. At MIT he was a member of Sigma Alpha Epsilon fraternity and participated in the electrical engineering cooperative program (Course VI-A) with General Electric, where notably he worked in Menlo Park, California, on the logic design of ERMA (Electronic Recording Machine Accounting), the first major banking computer, built for the Bank of America by the Stanford Research Institute and General Electric. Following graduation from MIT he worked for a year as a Physics Instructor at San Diego State College, teaching electronic circuits, digital design, and digital computers. During this time he met and married Mary Averill Forneret of Montreal. In 1960 he continued his graduate studies at the California Institute of Technology, from which he received his PhD in 1964. Following graduation Steen was appointed an Assistant Professor of Electrical Engineering and Computer Science at the University of California, Santa Barbara, and he and Averill moved to Santa Barbara where they lived for over three decades. During their Santa Barbara years Steen and Averill were active supporters of the Get Oil Out (GOO) movement and the Santa Barbara Zoo. They made annual three week voyages in their recreational vehicle to visit Averill’s sister in Vancouver Island, passing through and falling in love with Florence, Oregon.

Steen remained at UCSB until his retirement in 1980. He is best remembered by his students and colleagues as an amazingly good teacher who could render complex technical ideas clear and seemingly simple.

Steen maintained a parallel career that turned much of his academic research into pioneering theory, algorithms, and systems in the early days of real time speech communication and processing through digital networks, from local academic networks to the ARPAnet and its successor, the Internet. His work on speech began in 1969 with an informal consulting position at Speech Communications Research Laboratory (SCRL) in Santa Barbara working with UCSB PhD student John D. Markel and HisashiWakita, who were initiating a study of recent PhD work in Japan by Fumitada Itakura and his doctoral supervisor Shuzo Saito applying techniques from linear prediction theory to the modeling, recognition, and coding of speech. During 1971-1972 he also worked as a consultant to Culler-Harrison, Inc, in Goleta, CA, in the area of speech analysis. Glen Culler was a professor at UCSB and a pioneer in both computer networks and real time or online digital signal processing. In 1970 John Markel received his PhD from UCSB and in the following year Steen formally joined Markel at SCRL as a consultant and summer employee. Their collaboration over the next several years led to numerous significant publications advancing the theory and understanding of applications of linear prediction to speech processing, two of which won professional awards from the Institute of Electrical and Electronic Engineers (IEEE) Group on Acoustics Speech and Signal Processing and its successor the IEEE Signal Processing Society. John and Steen’s collaboration culminated in their book Linear Prediction of Speech (1976), which played a fundamental role in the early development of digital speech processing and is a classic in the field, and in their election as Fellows of the IEEE in 1982 for “contributions to the theory of linear prediction and its applications to speech processing.”

In 1977 Steen and John left SCRL to found Signal Technology, Inc (STI) along with Larry Pfeiffer. Building on John and Steen’s work on speech and Glen Culler’s work on real time signal processing, STI developed and marketed the Interactive Laboratory System, one of the first software packages connecting keyboards, screens, computing power, and data acquisition to provide systems for real time signal processing in education and research. From 1977 to 1980 Steen was also a consultant, part-time employee, and Secretary of the Corporation at STI. Following his retirement from UCSB in 1980, Steen became a full time employee at STI and held positions as Senior Scientist, Vice President, and Executive Vice President through 1988. He also returned to academia to obtain an MBA at Pepperdine University in 1981 to fill a requirement that STI have an MBA on its Board. From 1988 through 1993 he held various positions with derivative companies of STI, after which he became an independent computer consultant.

Around 1994 Steen and Averill retired to Florence, Oregon, where they became active volunteers for the Oregon Coast Humane Society in Florence. They adopted a succession of rescue dogs and cats and Steen developed and managed the Humane Society’s original Web pages. Steen was pre-deceased by Averill in June 2016, by his brother Peter Russel Gray (4/1940-5/2009), and by his son Augustine Heard Gray III (Tino) (12/1963- 12/1979).

Steen held an Advanced Extra Class Amateur Radio License (AA6H) and was an avid reader and walker for most of his life.

As Steen wished, no services will be held and his ashes will be scattered over the Pacific Ocean off the coast of Florence. Donations in his memory can be made to the Oregon Coast Humane Society in Florence, Oregon.