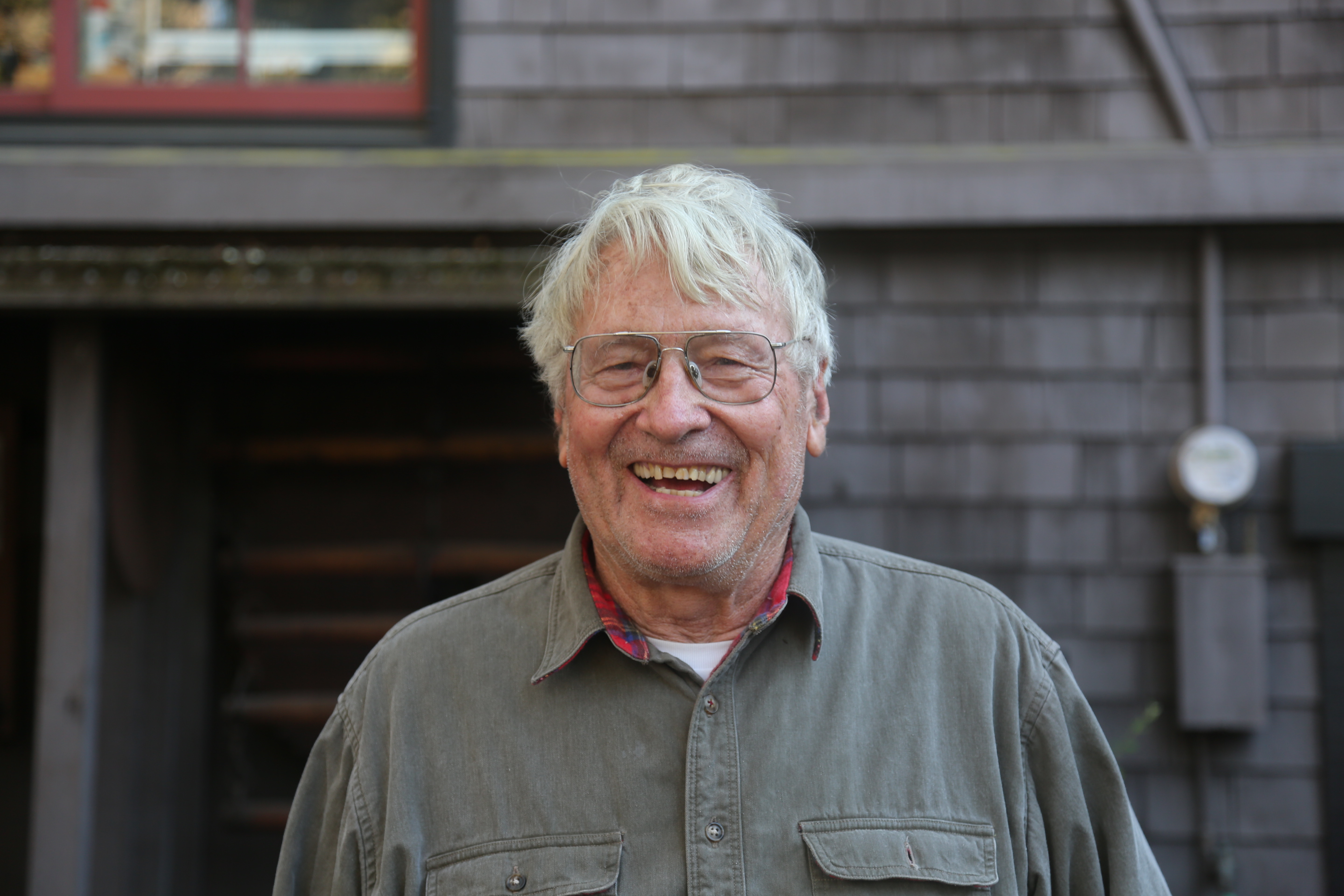 BY ANDREW MYERS -James L. “Jim” Adams, professor emeritus of mechanical engineering and an expert in creativity and product design, passed away surrounded by family at his home on the Stanford campus on January 15, 2022; he was 87. Adams was a true “maker” – a prolific thinker, writer, tinkerer and doer of things with his hands. He liked to repair antique farm machinery, tools and gadgets and build models in his spare time. And those deep interests flowed from and into his academic life. “He changed the act of ‘making’ from a moribund operation to a world-class inspirational activity for our students’ personal development and education,” said Bernie Roth, a fellow design-focused professor and colleague in mechanical engineering at Stanford.

Adams earned his master’s degree in ’59 and doctorate in ’61 in mechanical engineering at Stanford. As an undergraduate at Caltech, he finished top in his engineering class in 1955, was elected student body president, and played on the basketball team. He studied art at UCLA for a year before entering graduate school at Stanford. Upon defending his dissertation, Adams took a job at NASA’s Jet Propulsion Laboratory (JPL) in Pasadena, California, developing systems on spacecraft destined for the moon, Venus, and Mars. It was the height of the space race. “It was difficult work, but doable and glorious,” Adams said in a 2010 oral history gathered by the Stanford University Archives. “It was the Super Bowl.” And yet, by 1966 and all of 32, Adams felt he had become “quite old for the aerospace business” and commenced his career as a Stanford professor. That endeavor would last the next 33 years.

At Stanford, Adams inhabited an exciting space where art and engineering intersect and he seemed to anticipate, if not embody, the principles of empathetic design before such terms became common in design circles. “The Product Realization Lab would not be what it is today without Jim Adams,” said David Beach, a colleague, friend and collaborator at Stanford’s renowned hub of industrial design, which he directs. “He was an artist with a sense of aesthetics and an enthusiasm for life that he brought to design, to teaching – at which he was just remarkable – and to life. His home should be a museum for all the things of beauty and utility he had collected and curated there.”

As a teacher, he was beloved. From 1968 to 1975, Adams directed the Design Division in the Department of Mechanical Engineering. He helped found the groundbreaking Program in Values Technology, Science and Society and led classes with titles like Aesthetics and Technology (co-taught with a humanist colleague), Creative Problem Solving and Good Products, Bad Products. Adams garnered Stanford’s Dinkelspiel Award for outstanding service to undergraduate education and was the first-ever recipient of the Richard Lyman Award for outstanding service to Stanford University alumni. He was a provocative voice in faculty circles, as well. He served as chair of the Industrial Engineering Department from 1975 to 1978 and, simultaneously for a period, as associate dean for academic affairs in the School of Engineering between 1975 and 1983. From 1983 until 1990, he was chair of the interdisciplinary Program in Values, Technology, Science and Society (now the STS program). He served as a member of the Faculty Advisory Board and as its chair and was a longstanding member of the Faculty Senate.

Adams wrote several books. The best known is Conceptual Blockbusting: A Guide to Better Ideas, first published in 1974, but also The Care and Feeding of Ideas and Flying Buttresses, Entropy, and O-Rings: The World of an Engineer. He self-published an autobiography, The Making of an Engineer, and had several unfinished manuscripts in the works at the time of his death. Retirement from Stanford came in 1999, but Adams continued to tinker and build, and also to think, write and teach. A new book, Good Products, Bad Products, was published in 2012 and the final edition of his Conceptual Blockbusting was issued in 2019. For the last decade of his life, Adams kept an active blog, "People and Products," in which he listed his interests in the following order: “Product quality, creativity and innovation, design, the nature of technology, working with the hands and people …”

James Lowell Adams was born on March 6, 1934, in Rialto, California, to Lowell and Jean Adams. His father was a packing house foreman and owned a 20-acre orange grove on which three generations of Adamses lived. His mother was a gifted seamstress, furniture maker and watercolorist whose creative interests had an outsized influence on her son. On the farm, Adams learned every trade imaginable that involved the hands: carpentry, farming, plumbing, blacksmithing, electrical work, sewing, cooking. He became a multi-instrumentalist musician, an accomplished carpenter and a furniture maker. Most of all, however, he liked ideas and people. His friends were legion and always just as colorful as he. “Jim was a great colleague and friend of mine,” Roth added. “With his outgoing personality and personal example, he had a strong influence on who I am.” Adams is survived by his wife, Marian Leib Adams, of Stanford, California, former director of continuing education at the Stanford Alumni Association; brother John Adams of Rialto, California; son Bob Adams and wife Jen of Davis, California; son Dan Adams and wife Star Teachout of Palo Alto, California; stepson Sam Player and wife Angela of Mountain View, California; stepdaughter Elizabeth Jones and husband Matt of Mountain View, California; and grandchildren Zander, Leo and Felix Adams; Skye Adams; Nicole and Tessa Player; and Payton and Mia Jones. A memorial service is being planned. Gifts in lieu of flowers can be made to a fund established in the name of James Lowell Adams through the Product Realization Lab at Stanford.