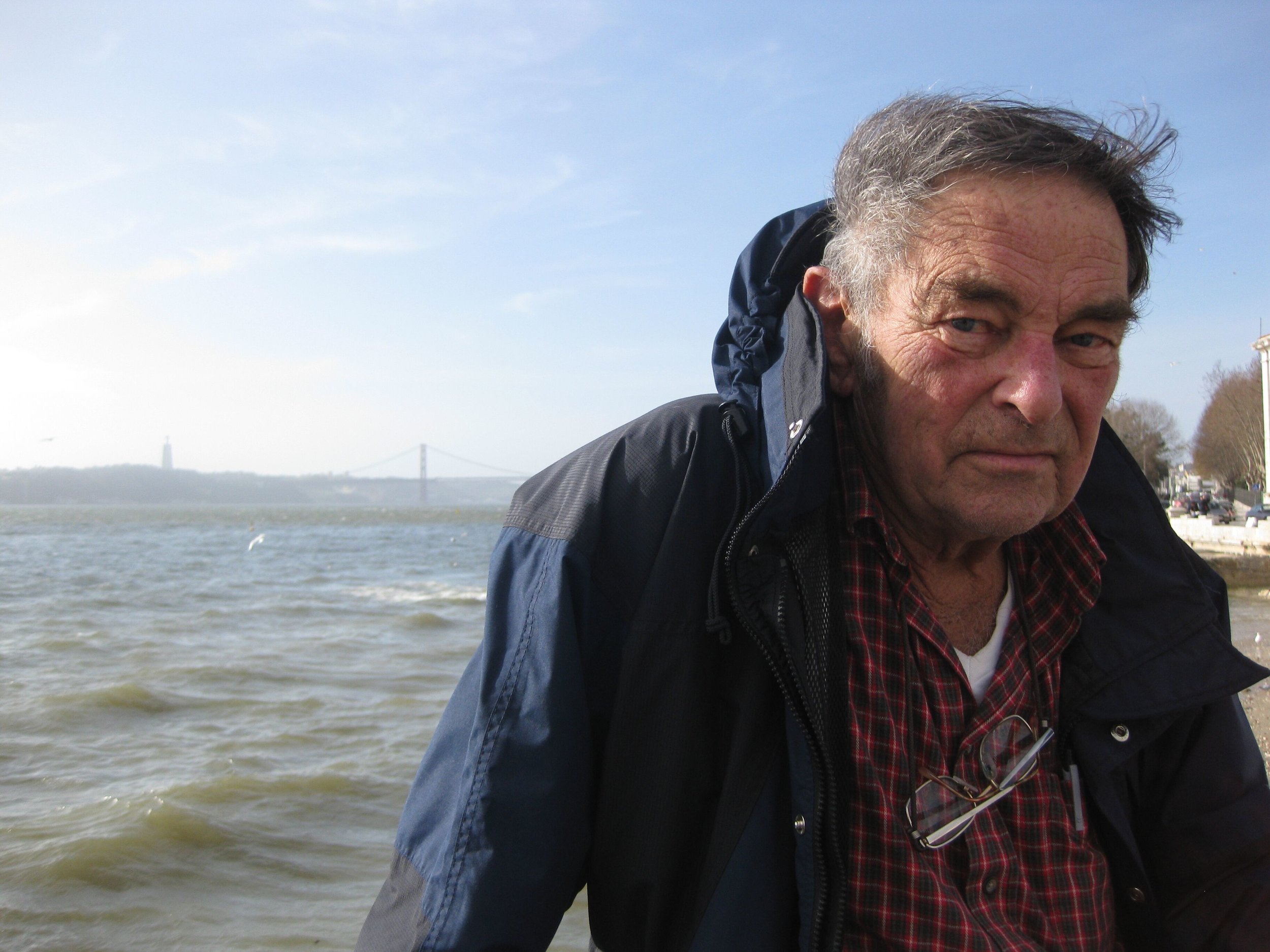 Frederick Martin died on Monday, Oct. 14, 2019 at his home in Santa Rosa, California. He was 86 years old and died of a heart ailment.

Fred was born Dec. 2, 1932 in Los Angeles. His mother, Margaret Martin (nee Meiners), was Dutch-born, and his father Reginald Martin, was born in England.

Education/Work – Fred was a keen scientist from a young age and went to California Institute of Technology with the help of a scholarship, graduating in physics in 1955. After a stint at Lawrence Livermore National Laboratory, he got his masters in physics from University of California at Berkeley in 1959, and he also worked toward a PhD at the University of Maryland. He went on to work as a research physicist at Stanford Linear Accelerator Center (SLAC), where he participated in the first experiment on the accelerator, scattering neurons off of protons.

In 1969-70 he lived in Meyrin, outside of Geneva, Switzerland, while he did an 18-month stint at CERN, building a film measuring device. He returned to SLAC, where he was in charge of scanning and measuring bubble chamber film and participated in a number of experiments on the side, working with Ben Chertok’s group in the late 1970s.

After leaving SLAC he worked briefly at TCI and then joined GTE (later Verizon), where he worked in laser communications until his group was disbanded in the early 1990s.

He was co-founder and co-owner of Nest Environmental Services, a firm that measured auto dismantlers’ and other companies’ run-off water for compliance with storm water pollution control regulations. Nest was founded in the early 1990s and sold in 2012.

In 1998 he lived in Falls Church, Virginia for a year while serving as an Institute of Electrical and Electronics Engineers (IEEE) fellow advising lawmakers in Washington, D.C. It was a challenging year to try to engage people on the Hill about science. “The only thing anyone was interested in was Monica Lewinsky,” he said.

Outdoors and environmental activism – In the 1950s Fred got into rock climbing and was active with the rock climbing section of the Sierra Club. He climbed with Royal Robbins and other leading climbers of the era and is mentioned in a number of climbing memoirs from that period. His early climbing trips were to the Tahquitz rock east of Los Angeles.

In the 1950s he summited Mt. Whitney several times, including the East Buttress. In 1957 he traveled with a climbing expedition to Peru, where his group made several attempts at 16,000-foot peaks in the Cordillera Blanca. Another major expedition was to the Saint Elias Mountains in Canada, where his group made first ascents of the highest unclimbed peaks, including Mount Slaggard. He climbed extensively in Yosemite, and he climbed Ship Rock. He climbed a number of the 14,000-plus peaks in the Sierra Nevada, and he also climbed in the Canadian Rockies.

Fred was an active member of the Sierra Club for many years and served as chairman of the Loma Prieta Chapter around 1977-1978.

He was a founding member of Californians Against Waste, a group that successfully pushed for beverage container deposit legislation that became known as the California Bottle Bill.

Retirement – After living most of his adult life in Menlo Park, California, Fred moved to Philo, Mendocino in 1999, where he lived on his 40-acre property he called L’Hermitage, with a view of the Anderson Valley. In his retirement he volunteered with the Anderson Valley Fire Department, with a Navarro River conservation group and as a science and math tutor at Anderson Valley High School. He placed his property into a conservation easement to preserve the redwoods and wildlife. After moving to Santa Rosa in 2018 he continued to tutor math and science at Maria Carrillo High School and Roseland University Prep.

Hobbies – Fred was passionate about the mountains and continued hiking and skiing for many years. He also loved classical music, opera and the ballet, and played cello with a number of groups and amateur symphonies. He was an accomplished wood worker and made many pieces of fine furniture in his wood shop. He was an avid photographer during his climbing days and donated to a Peruvian historical society his 1957 photos of the town of Yungay, Peru, which was buried in an earthquake and avalanche in 1970. He traveled throughout Europe and Latin America. He did extensive research on his English roots, traveling several times to the Clee Hill area in Shropshire, where his father’s family was from.

Family – Fred was preceded in death by his son Geoffrey Howard Martin, in 1999, and by his first wife, Frances Sylvia Martin, in 2010. He is survived by his second wife, Janet Morris, and her large and loving family. He is also survived by two daughters, Fiona Ortiz of Chicago and Stephanie Martin of Oakland, two grandchildren, Sherlock and Magali Ortiz, and by his sister Frances Osborne and niece Victoria Osborne, both of Grants Pass.

Fred requested that donations in his memory be made to the Community Foundation of Mendocino County.