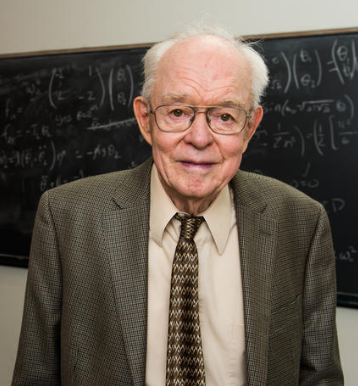 Caltech Distinguished Alumnus Eugene Parker (PhD '51) passed away on March 15 at age 94. Parker was a pioneer in the field of heliophysics, the study of the sun and how it affects Earth, the planets in our solar system, and space beyond. In 1958, Parker correctly predicted the existence of the solar wind, a flow of charged particles that stream off our sun at speeds faster than sound.

Parker's contributions to our understanding of the solar wind were so profound that NASA named its Parker Solar Probe, a mission currently traveling around the sun, in his honor. The mission was the first NASA had named after a living scientist. Parker, along with three generations of his family, watched the mission launch into space from Cape Canaveral in 2018.