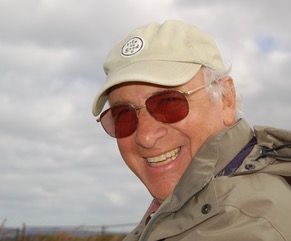 Alan was born in Cincinnati, OH. He received a PhD from the California Institute of Technology in Chemistry in 1967 and joined Dupont in 1968, where he retired after many successful years managing research groups.

Alan was a devoted husband, father and grandfather. His acumen and memory amazed everyone who knew him. He was an avid reader, genealogist, oenophile, gourmand, and photographer who excelled at everything he took on.

He is survived by his loving and wife of 55 years, Joan (Chatfield), two sons, Marc (Marina) their sons, Gabriel, Max, Andrew of NYC and Dan (Grace) their daughter Alexa of Bear, DE, a brother Stuart (Linda) of Topanga Canyon, CA, their daughters Elizabeth and Alice, and a brother-in-law, Jack Chatfield (Charlotte) Davis, CA. Their sons John and David. His four grandchildren were the light of Alan’s life and his joie de vivre and his optimism brought his bright light to his many, many friends.