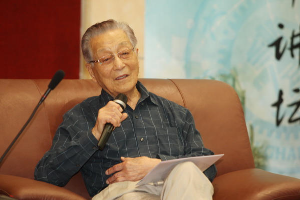 Chinese aeronautical engineer and academic leader Xuji Fan (MS ’37, MS ’39) passed away on November 21. He was 102. The former president of Shanghai Jiao Tong University, one of the oldest and most prestigious centers of higher education in China, Fan is widely regarded as an early pioneer in aerodynamics and one of the architects of China's aeronautical education system.

While at Caltech in the 1930s, Fan was a protege of the co-founder of Jet Propulsion Laboratory Theodore Von Karman and a contemporary of Qian Xuesen (PhD ’39), known as the father of China's rocket program. Soon after earning his degrees from Caltech in 1939, Fan returned to China and founded the department of aeronautical engineering in Zhejiang University in 1945. He then moved to establish programs at East China Institute of Aeronautics and Nanjing Institute of Aeronautics. From 1980–84, Fan served as president of Shanghai Jiao Tong University (SJTU) and continued to serve as a professor until his passing in November.

At a SJTU forum in 2012, Fan described the five principles that guided his research and leadership as, "linking theory to practice, collaboration, innovation, dialectical thinking, and ethics in research."