For our next webinar, Dave Thompson will discuss, “My 50-Year Adventure: From Teenage Rocketeer to Space Entrepreneur to Caltech Board Chair.”

My 50-Year Adventure: From Teenage Rocketeer to Space Entrepreneur to Caltech Board Chair

In this talk, Dave will recount many of the adventures in his 50-year career in rocket and satellite engineering and management. Highlights will include his work as a Caltech graduate student on JPL’s first Mars landing missions; his experiences in starting Orbital Sciences Corp, one of the first privately-funded space companies; and his continuing leadership of Orbital for more than 35 years, as it grew to over $5 billion in annual sales, before combining four years ago with Northrop Grumman to create the world’s largest manufacturer of spacecraft and missiles.

Dave was President and Chief Executive Officer of Orbital ATK, a world leader in aerospace and defense technologies, from its founding in 1982 until its sale to Northrop Grumman in 2018. Before co-founding the company, Dave was assistant to the president of Hughes Aircraft Company’s Missile Systems Group and was a project manager and engineer at NASA’s Marshall Space Flight Center. As a college student, he worked on the first Mars landing missions at Caltech’s Jet Propulsion Laboratory and on Space Shuttle projects at NASA’s Langley Research Center and Johnson Space Center. 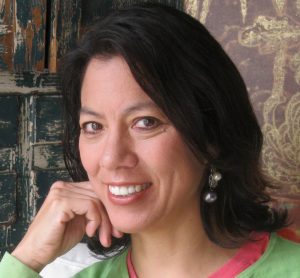 Behind The Book: Sandra Tsing-Loh

Save the date for a discussion with Distinguished Alumna Sandra Tsing-Loh.